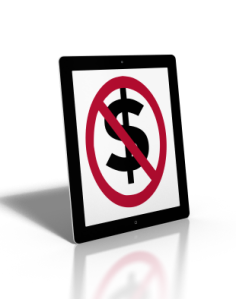 I don’t personally have anything enrolled in Kindle Unlimited (or Kindle Select, or anything else exclusive), so I can only share what I’ve read.

Apparently Amazon has expanded the Unlimited subscription service (which normally allows subscribed readers to read as many enrolled ebooks as they want for the $9.99 monthly fee) to India where they are only charging $3.00 a month to subscribers, meaning that authors will make less on an enrolled book read in India than if the same book was read in the United States or another country. (I don’t have Amazon’s numbers but I would guess since the fee is roughly 1/3 the cost of the normal subscription, reads would be worth 1/3 as well – again, this is only a guess on my part.)

If you don’t have many Indian readers, you may shrug and say “so?” But the worry of many indy authors enrolled in Unlimited is “What’s to stop them dropping the price to $3.00 everywhere?”  And then cutting the author’s paycheck. This is of especial concern when 1/3 of ALL authors already make LESS than $500 a year.

The effects could be farther reaching than just author’s Amazon paychecks. As books are devalued – worth less to readers who are used to getting them for free – sales drop on all platforms. I’ve personally seen several reviews on Amazon that state something to the effect of “Wait until the book goes free” – as if the reviewer “knows” that ALL books will eventually be free. Mark Coker of Smashwords (who posted a very good blog about the Unlimited effect) quoted Randolph Lalonde who despite getting good reviews on his $2.99 to $3.99 books has gotten angry mail from people demanding that he make his books free.

Am I advocating jumping ship from Amazon? No. I don’t advocate abandoning ANY platform.

Exclusivity is a personal decision for an author, and while I refuse to ever do it, someone else may be happy that way – and that’s great. What I think is sad, however, is how many authors I’ve spoken to who AREN’T happy but feel like they have no choice. “Amazon is the biggest.” That’s true, but Amazon is only the biggest because we make them the biggest – not just as readers (quick, and be honest, where do you buy books at?) but as authors. When we list our links most of us (myself included) list Amazon first. We submit books to email lists that cater exclusively to Amazon links.  When we post a link on our twitter profile (or our tweets) we use the Amazon link rather than a personal webpage that has links to all retailers. And I know, if I’m in a hurry in an email message or Facebook comment, I will ONLY give someone the Amazon link because I think “It’s the biggest. Everyone buys there”. Much like reading Twilight, we’re all doing it because “everyone else is” – and everyone else is because that’s where all the links point – that’s where the top link is, that’s where we’re told is the best place to go – either literally or subliminally.

If you’re happy reading Twilight (and some people are – there’s nothing wrong with that!), then you should keep doing it – stay exclusive and post Amazon links everywhere. But, if you’re only doing it because “you have no choice” or “everyone else is”, remind yourself that you DO have a choice. Either way, go check out Mark Coker’s great article.