What is a 3D cover? Basically, it’s where an artist renders your ebook cover to create the illusion that it is 3D. For example:

3D covers aren’t accepted by most ebook retailers (though Amazon says they don’t accept them, I’ve seen some that slip through, especially on box sets) so why would an author want a 3D cover? One example is the banner above, which I’m using as my facebook cover. Another could be for advertising tags like:

Or maybe the author just wants to put it on their website. There are a lot of uses for 3D covers but, unless you know what you’re doing and/or have the right program, they can be expensive to get.  However, I have found two “free” places to get 3D covers. (There was a third – which was my favorite – but it is sadly no longer available.)

Boxshot has several options. To use 3D Book 1 you’ll need the front, back and spine split into three images. (depending on your angle. If you’re not going to see the back or spine, there’s no need to upload them. This can be good for authors who don’t have a wrap version made) To use it you simply upload the images at the bottom of the page and then drag the 3D render around until it’s at the angle you want:

3D Book 2 allows you to use the full wrap image:

When you’re done hit the “Download Cover Image” button and it gives you three options – two are paid (one is 9.99 and one is 29.99 for the single image!) and one is free. The downside to free is that the image is not as “well-rendered” and it is watermarked: 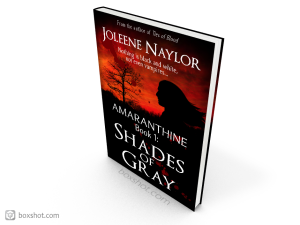 For the purpose of an advertisement or banner, I found the free render to be adequate, and it’s simple enough to cut the background off (there is nowhere on the site that says you can’t do this). I also liked that I could actually hit a download button and save the image to the computer (unlike the aforementioned no-longer-available generator).

While this is a pad service, there is a demo available. The interface takes a moment to load, and then you get to choose your product type (book, box, etc. Of course I chose book). For this one you need your full one piece wraparound image (which can be troublesome if you don’t have one)

If your cover doesn’t fit 100% (mine didn’t) you can choose a background color that will fill it in, in this case I used the black, which blended in with my cover design.

When it looks good hit the next button and you’ll get a new screen with the 3D render where you can drag the book around to the angle you want. You’ll notice that the download is disabled for demos, but you can – technically – press the “print screen” button on your keyboard (sometimes PrntScr) and paste this to any image program (even paintbrush) and crop it. (not saying you should, just saying you can… they technically have nothing in their terms and conditions against this, so it’s up to you.)

I did like the ability to add the reflection in this one, and the nice black background. To use it in registered mode is only $9.99 for one year (the cost of the other one for a single image, so MUCH cheaper) however the forced bend in the book makes several angles look silly, so that would be a matter of personal taste. If you like it, at the $9.99 for a year price it would probably be worth it to just go ahead and pay for it, especially if you have several books out that you’d want to make 3D versions of.

All in all I like Boxshot better – their site seems more professional and they actually offer the free download – and I’m not a huge fan of the bent book shape. On the other hand, the $9.99 is cheaper for what would probably be a better render (I didn’t try the pay option, so if anyone else has I’d love to hear your results) and the black background looks sharp if you don’t have plans to move it to something else.

Do you know of another 3D cover generator? Have you found much use for 3D covers?